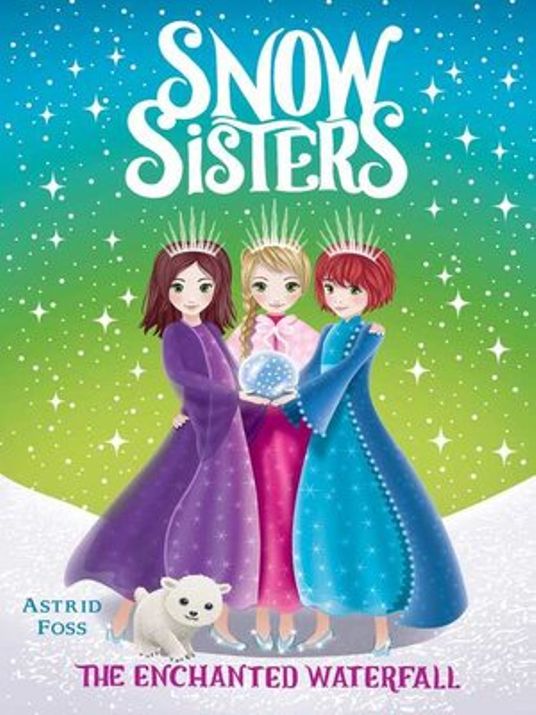 I’m back with another book review, and this time I’m reviewing “The Enchanted Waterfall” by Astrid Foss! This is the finale of the Snow Sisters series. I read the past three books already and enjoyed them all, so I look forward to reviewing the finale! Here’s a quick summary so we know what it’s about:

“It’s the Day of the Midnight Sun, and the evil Shadow Witch is ready to use all her power to steal the magic of the Everchanging Lights that protect the kingdom. The Snow Sisters must be braver and stronger than they ever imagined for their final quest. Only they can rescue their parents and stop the Shadow Witch from turning their world dark forever. Can they reach Silfur Falls and return the Everchanging Lights to the sky before the clock strikes midnight?”

Worldbuilding Development: 5 out of 5 stars

There was not as much to add with the worldbuilding by this time in the book – after all, it’s the finale. However, what worldbuilding that was established was well-developed. Sadly I can’t reveal much details here due to risking major spoilers, but I promise that it’s consistent with the rest of the worldbuilding given from previous books.

Character Development: 5 out of 5 stars

All of the sisters (and their parents!) were endearing to watch. Their faith and trust in each other as they worked through every difficulty they faced in this book was endearing to read. I rooted for them every step of the way when I read their scenes together.

I wish there was a slight chance for the evil aunt to redeem herself, though I’m also glad that she was defeated. Even though the others gave her a chance to do better, the book also made it clear that she was likely beyond redemption due to being so power-hungry to begin with. I can accept that as a fitting ending for her.

Plot Development: 5 out of 5 stars

The story itself, overall, was well written. It wasn’t full of plot twists, but it didn’t need to be. Keep in mind that this is a series written for young children. The story is easy enough for a child for the book’s targeted age range to understand. I enjoyed reading the resilience that the sisters had with each other throughout the story. This continued even when things seemed bleak for them at times. It was enjoyable to see, as well, about how they worked together to save the day.

This was a good finale to the entire Snow Sisters series. I really enjoyed reading this series, and I look forward to reading any more of the author’s works, should she publish more in the future.